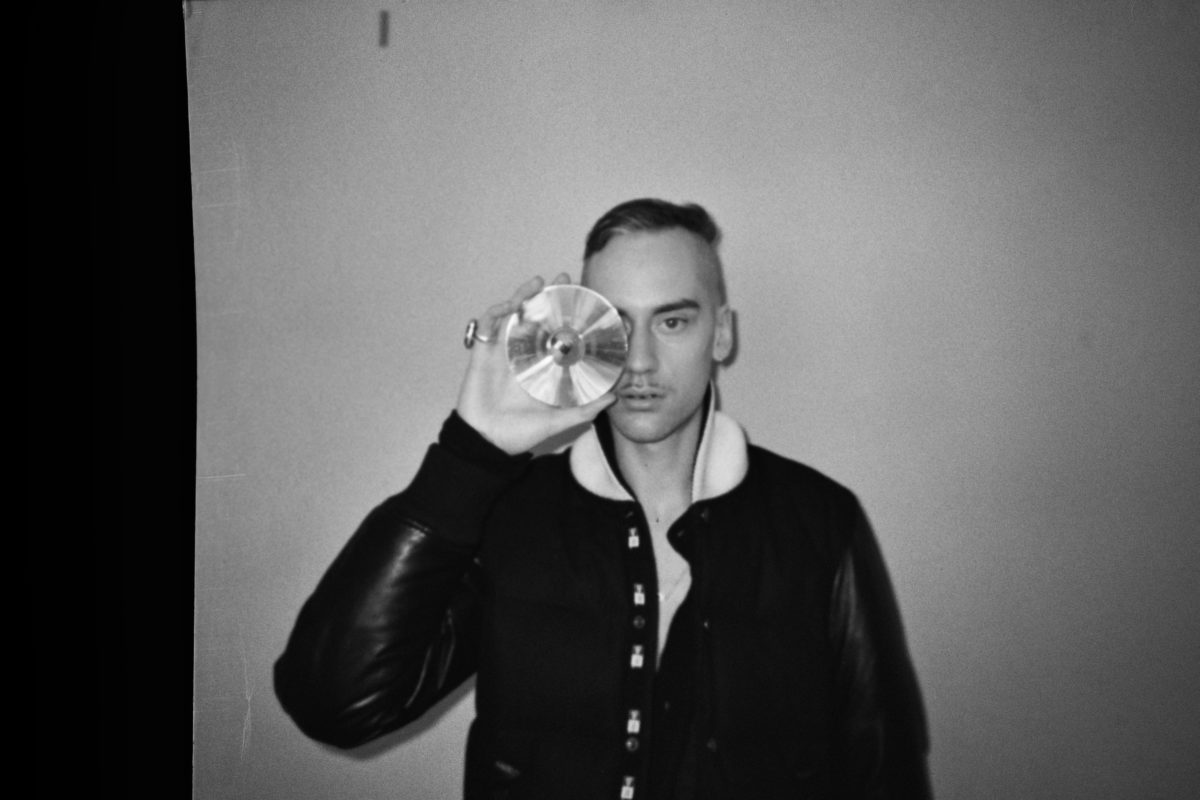 Jimmy Edgar has managed to fit an awful into his time on the planet. Raised in Detroit, he was a multi-instrumentalist from a very young age and began to absorb the craft of songwriting from musicians in local Baptist churches. By the time he was ten years old Edgar was experimenting with electronic music, fifteen performing at Detroit raves and at just eighteen officially signed to the revered Warp Records.

With an early catalogue of acclaimed experimental releases under various aliases Edgar’s output through Warp began to crystalise into a personality that would run through much of his career to date – a futurist aesthetic; drawing on elements from the worlds of R&B, electro, glitch, techno and beyond. Over the last few years he has brought this distinct identity to the house and techno sphere, becoming a hugely in-demand DJ with releases on the likes of Hotflush, and his own Ultramajic imprint.

Edgar is a true polymath; beyond (and often in conjunction with) his music, he works as a visual artist, professional photographer, fashion designer and filmmaker.

What really shines brightest though, is an incredible thirst for knowledge. This, combined with a unique philosophy on creativity, makes Edgar one of the most fascinating artists around. We caught up with him to talk Hollywood, Ultramajic and sacred geometry…

Hi Jimmy, thanks for taking the time to chat to us.
First up, musically, what was it like growing up in Detroit towards the end of the millennium? What kind of sounds were you exposed to, and how?

I grew up with New Dance Show on the television, and the radio in Detroit in the late 80s was really good. 96.3 would play all kinds of “alternative” music. The soul stations were really good too, 80s R&B and house music. Liz Copeland had a radio show that exposed me to all sorts of electro and experimental music.

And you started out playing records at a pretty young age on the party circuit there, what were those early experiences of DJing like?

I mean I didn’t really know what I was doing. I started playing so young and what I realise now is that I was just really bent into the culture. I went out and started doing it before I perfected my craft, so a lot of what I learned was in this style. I find the current times a lot more interesting now that you can DJ your own tracks, whereas in the early 2000s you still had to have some sort of live setup. I was always getting fucked up over the equipment, it wasn’t tight enough for me.

You’re also a very accomplished visual artist and fashion photographer, how would you say your interest and involvement in art and fashion developed in relation to music? Have they informed one another and evolved together, or are they more so separate strands of Jimmy Edgar as an artist?

I moved to NYC to focus on art and fashion photography, but it was always a second choice to my music making. I have always strived to be creative all day, in my life; that is to say, you can be creative at doing virtual anything, but my passion is making harmony. I like to do this with a few different mediums, but at the end of the day I am just a student of art and I like to learn. ULTRAMAJIC is the focus of all this output.

Can you tell us a bit about ULTRAMAJIC?

In a sense its a visual based record label. Its been almost 3 years and its at the centre of our focus since the inception.

How did your collaborations with Pilar Zeta [co-founder of ULTRAMAJIC, along with Travis Stewart a.k.a Machinedrum] come about? And how does the process of your visual collaborations work?

Pilar and I do all of the artwork together, so the label sort of gravitates around the visual cues. We are attempting to bring what was good about great album covers, into the online community.

Where people may have bought a record because they liked the cover image, we find our subculture does this same thing online. People see our images and like them, dissect them, post them, talk amongst themselves about them, and people get interested in the music.

We find this fascinating that we can bring two seemingly unconnected worlds together and create a whole new community, a new domain of knowing.

We work as an amorphic group.

I’ve always thought that the shapes that make up a lot of your more recent artwork, and the composition of the music it accompanies tend to share a geometric sensibility of sorts. In the way that both are composed of well defined shapes, and it’s the combination and interaction of these that makes each piece. Does your approach to creating music and visual art share any common ground in this sense?

I have learned a lot about music through making art. I have also learned a lot about making music through studying sacred geometry. Thats why I say I am obsessed with making harmony, because I see music, color, design, composition all connected in this way. Sacred Geometry is a really intense subject that requires its own interview, but it was really prevalent when we started researching Plato, Metatron and Freemasonry for several different art pieces.

You relocated to L.A. fairly recently, after time in Berlin and New York. Creatively, have you found these different cities to have a certain impact on you?

Yes, LA is a much happier place for me. It’s more chill and time doesn’t matter so much here. I enjoy the nature and weather, typical talk here. I’m away though so often that for me its just a nice place to come back to. I still have my ideas but my art has opened up a lot more. I think LA is a very interesting place of dreams, there is something about the magic people create here. For instance, I believe Hollywood is very steeped in magick whether knowingly or not. Actors are essentially manifesting quantum jumps when they become someone else for a role; the parallels between Hindu avatar meditations and types of tribal magick are very interesting. Anyways, this vibe has trickled down and people just have different realities in LA. It’s fascinating to consider.

You have explored an incredible number of different avenues over your career so far; I wondered if there was any other creative paths you have your sights set on at the moment?

I’ve been studying 3D design and architecture the past two years. I feel like I am constantly in school. With music it was most prevalent because I spend years studying each subject in this order: rhythm, tone, chords, scales, progressions. Seems like a logical progression for me. Its very important for me to learn constantly. I spend 90% of my time furthering this.